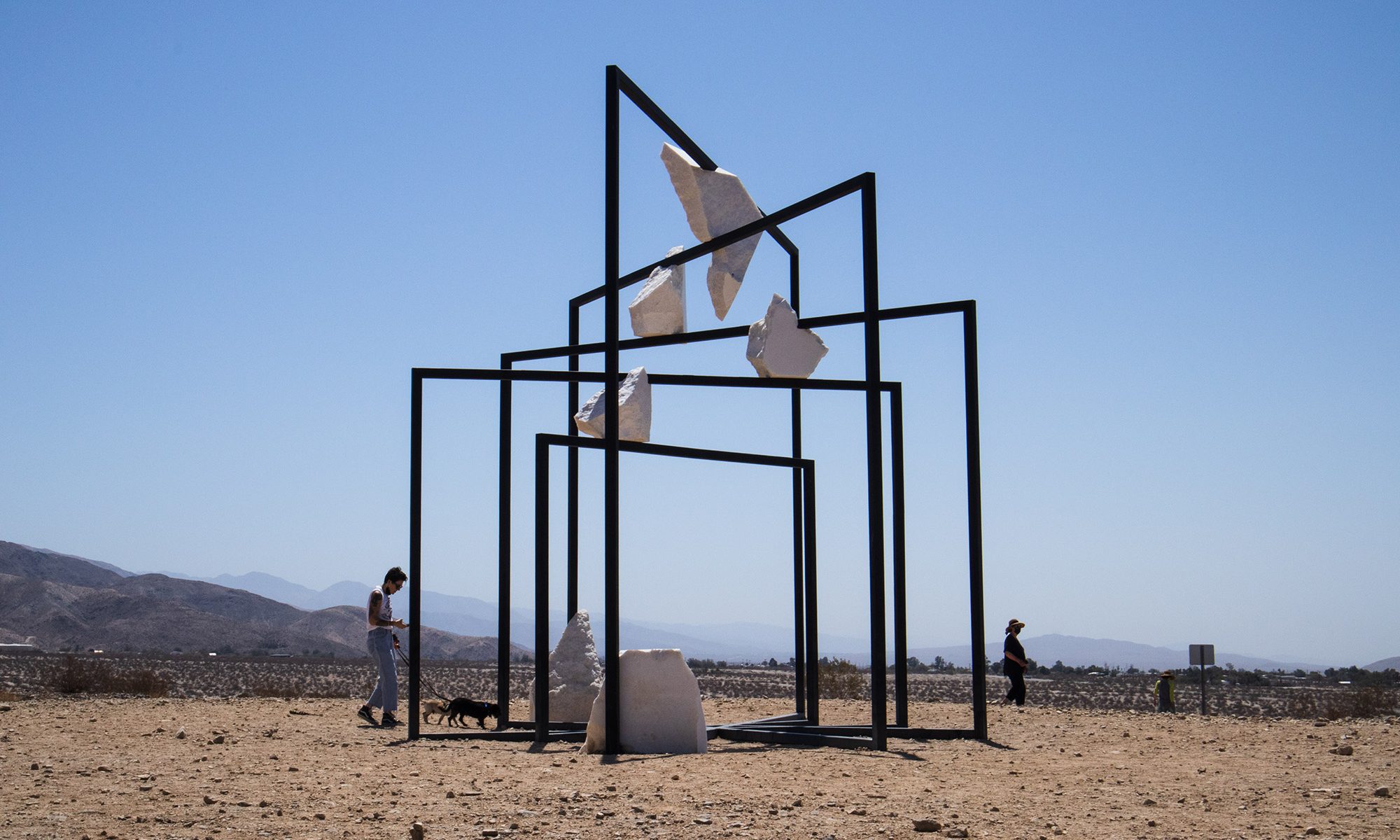 Desert X is an exhibition that exists in two modalities. One is in the physical world – the actual sites of the work scattered throughout the Coachella Valley The other is the virtual world of media – both that produced by Desert X, and the ad-hoc user-generated documentation via social media. After a year of existing primarily in the virtual world of online shows and artist talks via Zoom, the virtual mode does not feel as ancillary as it may have in years past.

I’ve come late to Desert X, partly by design. As someone who has recently taken to putting art outdoors, I wanted to see how the pieces were holding up. How they were doing, now that their work was almost done.[1] This is what’s exciting about art displayed in this way. The elements act upon the work over time, and no two visits to the work are ever the same. No track lighting, no climate control, the work lives and breathes outdoors the way it can’t in a museum, and It’s easy to oversimplify and consider the desert as a “blank canvas,” but the works this year (at least the ones I want to highlight in this writing) resist the temptation, and are site-specific in a way that is refreshing. The desert in this year’s show is a site where people live, where history has happened, that is connected in many ways to other deserts around the world.

It’s also late in the day as I make the short hike to Zahrah Alghamdi’s What Lies Behind the Walls. The sun casts longer and longer shadows, before they evaporate altogether as the sun dips behind the mountains, and will eventually leave me and the work in that still bright but directionless light that exists before actual sunset, but after the sun has disappeared.

Alghamdi’s piece is in part about human connection, though at the moment I find myself alone with it, and am grateful for that. I play in the long shadow cast by the wall (that calls to mind perhaps ironically the border wall prototypes of the Trump era). From one side, its lit side, the piece is very imagistic in nature. Layer upon layer of undulating material make up this monolith, all in hues of reddish-brown interspersed with grey-green. It both melds with and stands apart from the landscape, it is a paradox –– a concrete abstraction.

From the shadow side, the piece becomes more architectural, juxtaposed with the developed area surrounding it. Moving from one side of the wall to another is a key part of answering the question posed by the title. The scale of the wall – tall, but easy enough to walk around, suggests that the landscape is big enough so that any barriers are, ultimately, circumventable. We don’t need to fly, only to be willing to walk far enough.

As Zahrah Alghamdi’s work connects one desert with another, so does The Wishing Well, an extension of Serge Attukwei Clottey’s on-going Yellow Brick Road project. Clottey’s installation comprises two large cubes connected by a walkway, all covered with a mosaic of yellow plastic squares. The squares are from cooking oil jugs introduced to the artist’s native Ghana by Europeans for transporting cooking oil. That the jugs were largely repurposed to carry water suggests a shared fate between the two locales. Indeed, this connection struck a little too close to home for its initial intended locale, the city of Coachella in the eastern part of the Coachella Valley.

The piece sits in a park on the northern edge of Palm Springs, a location chosen after the city of Coachella denied the permit to stage the work within their municipality. This was due to concerns that Clottey’s work and the issues of water usage were deemed too sensitive and exploitative of the water issues in the eastern part of the valley. Perhaps the community is being too sensitive, and perhaps Desert X, as an organization, didn’t do enough outreach. An article from the Desert Sun can be found here.

The park is one of the few grassy spots I encounter on the trip. Grass has begun to grow out from in between the squares, in contrast to the unbroken yellow sheet portrayed in the official images. The cubes in this way take on a different meaning in this sense – they are the protectors of some measure of grass, as the area immediately surrounding the installation has been worn bare by foot traffic.

Alicja Kwade’s ParaPivot (sempiternal clouds) is another work that juxtaposes the architectural with the natural. Five interlocking steel frames of various sizes cradle 4 chunks of marble. The frames are not aligned around any particular center (perhaps thence the title – “near the pivot”?) The predictable perspective shift of a rectangular frame takes on a musical quality due to their varying sizes and asymmetrical interlocking. The positioning of the marble blocks feels more and less stable as one views it from different angles. From one angle, a chunk of marble feels secure, resting soundly on its steel support, but from a quarter turn around the piece, it appears ready to fall out at any moment. The piece has rhythm, it has contrast, and it does suggest a delicately balanced ecosystem.

Desert X is a festival that exists as much online in media as it does in its actual locations. This isn’t really a criticism, as our (almost) post-pandemic world has learned virtual existence is perhaps on par in importance with our physical one. The photos, videos, and other forms of documentation become a necessary part of the works, and some works can’t be fully appreciated or experienced without the images. One such example is Ghada Amer’s Women’s Qualities, with words drawn from the community to reflect femininity “planted” in the ground with native flora growing from them. It’s a very subtle piece – Amer makes no discernible comment on the words chosen, but simply roots them in the community from which they sprung (no puns intended). The words face the sky, and while legible from the ground, it is only in the overhead drone shots that the full composition is perceivable. Eduardo Sarabia’s The Passenger is similar in this regard; the stark triangle only becomes apparent at altitude; the shape’s wayfinding clarity contrasts with the disorienting experience of walking through the piece.

Xaviera Simmons’ Because Ultimately You Know We Will Band A Militia is another such piece, but for a different set of circumstances. As a series of billboards situated along the Gene Autry Trail in the northeast corner of Palm Springs, one is drawn through the exhibition space at the speed of traffic. Her work is arresting, but one is not able to stop and contemplate the words: “Rupture your guilt amnesia.” “You are now entering the reparations framework.” Some of the messages are at least perceivable from a passing car. Some – “You keep our most brilliant minds in a perpetual loop of articulating and translating the ramifications of your systemic generational plunder” – arre not. It uses the billboard as a familiar, comfortable form of communication, while simultaneously subverting our ability to perceive it in an instant and move on. The words are sticky, like burs one might pick up hiking through the desert. They grab hold of any fabric, and it’s only once one reaches the destination that one is able to unpack them.

In a conversation with Zahrah Alghamdi, Simmons says we “have to get comfortable with some of the language that lets the country understand itself.” The tendency to diminish the country’s racist legacy, and this I think echoes her response to many critics’ take on the 2019 Venice Biennale as not “radical” enough. This language shouldn’t be radical, it should be as commonplace as a Big Mac on a billboard. We should be as comfortable talking about abolition and reparations as we are about real estate and accident lawyers.

Nicholas Galanin’s Never Forget is another work that is initially encountered by car. It, too, is arresting. As I see it from the car approaching the stoplight at N. Palm Canyon from Gateway Dr., encountering the piece makes me catch my breath. It’s startling to encounter, and the piece is one that works as a grand gesture – with any foreknowledge of the Hollywood sign and the relationship of Palm Springs to the entertainment industry, the meaning of the piece is immediately clear. It works immediately, and is open to other interpretations and connections that never stray from the work’s original intent.

The piece is a call to action for the Landback Movement (you can contribute to the GoFundMe here), and points to the history of the development of Hollywood as initially a whites-only development on stolen land. He speaks more on this in this video, and for further reading David Treuer’s recent article in The Atlantic is well worth a read.

My last stop is Eduardo Sarabia’s The Passenger. I don’t have a timed entry ticket, and it’s 8 am, before any of the ticketed times anyway. However, the piece is open and accessible, and I once again have the art to myself. I walk amongst the makeshift walls, made of panel of woven palm fibers, and the moment is a physical one. In the morning shade created by the walls, the panels creak. It’s timeless, and evocative of movement, and the experience is transported across deserts, and the mythologies of travel across deserts that fill our history and mythologies. When I reach the central courtyard of the piece,the area is half in shadow. I step up on the steps, and feel the sun and hear the traffic and see the developed areas adjacent to the site. I’m firmly back in my own time. I leave the piece, taking a shortcut through a panel that has come detached at one corner from its support. The desert wind has gently worn this piece as well.

Jackrabbit Homestead is phenomenal. The installation as part of Desert X is a welcome addition, but alone doesn’t really do the whole project justice. Seeing her lovingly reconstructed Jackrabbit homestead with the images of the dilapidated ones she has photographed is quite an experience. You can (and should) view more of this project at Kim Stringfellow’s website – https://kimstringfellow.com/portfolio_page/jackrabbit-homestead/.

This project serves as a nice inversion to the physical/virtual relationship established in the other works. Stringfellow’s photography is a record of the effects of time on such a homestead, while the physical presence is the idealized version of its subject.

Time, and light. Wind, and temperature. Sound, and touch. To borrow from the title of a Rackstraw Downes essay and eponymous book, “nature and art are physical.” So is knowledge, and surely so is the desert. It’s good to be back out in the world.

[1] Though the exhibition is officially over, several of the works remain on display for a few more weeks. Check the website for details. 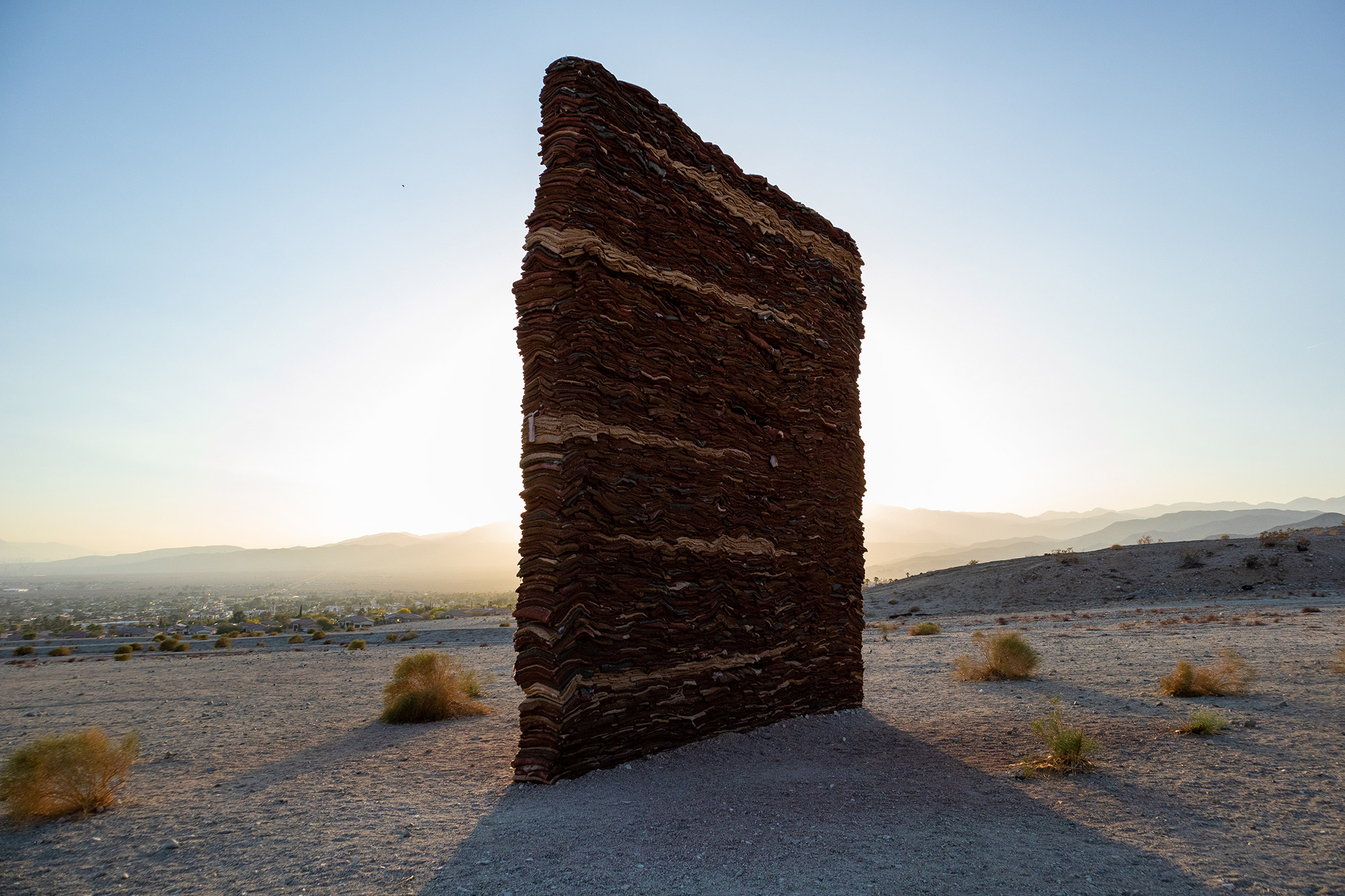 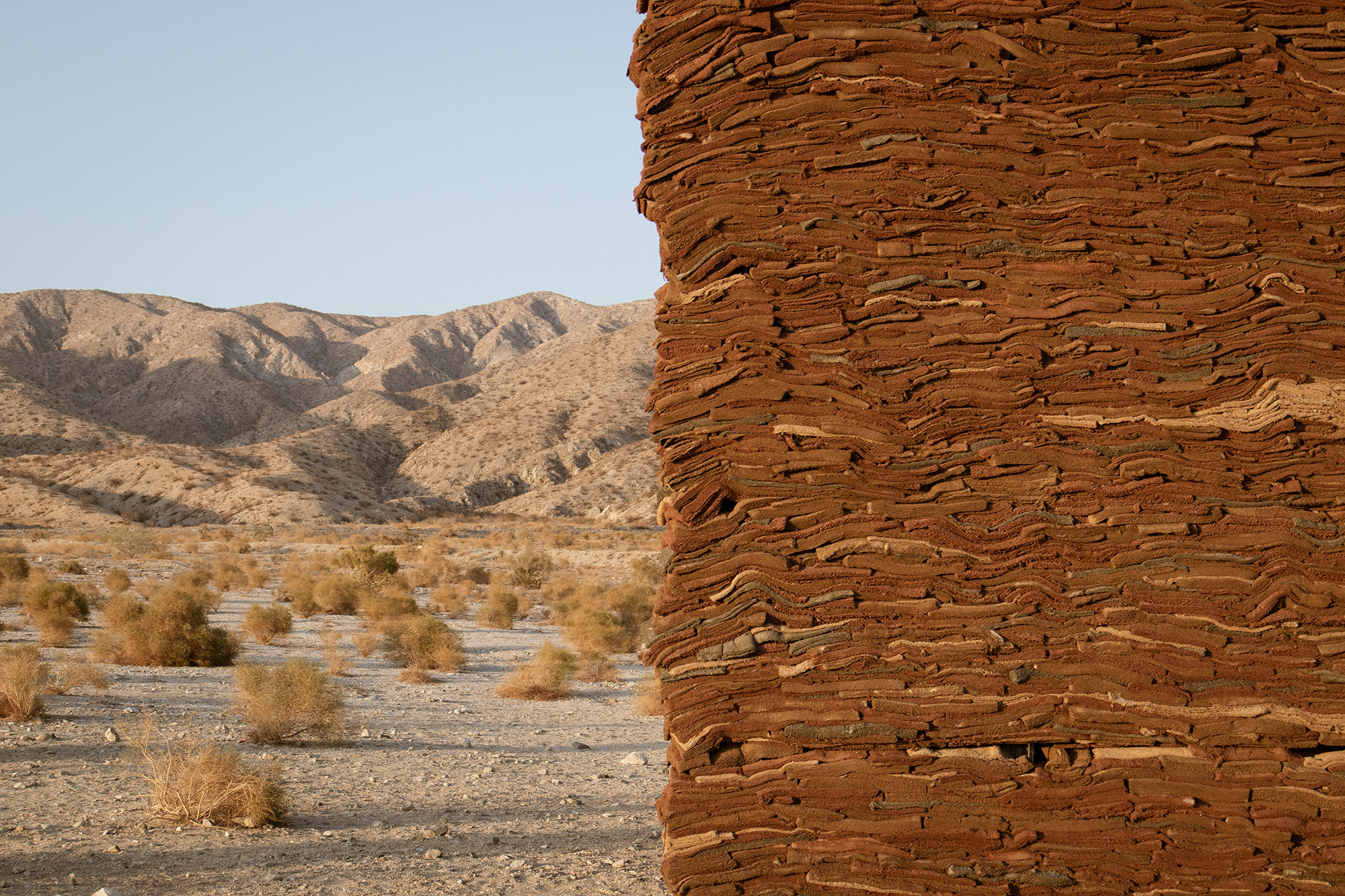 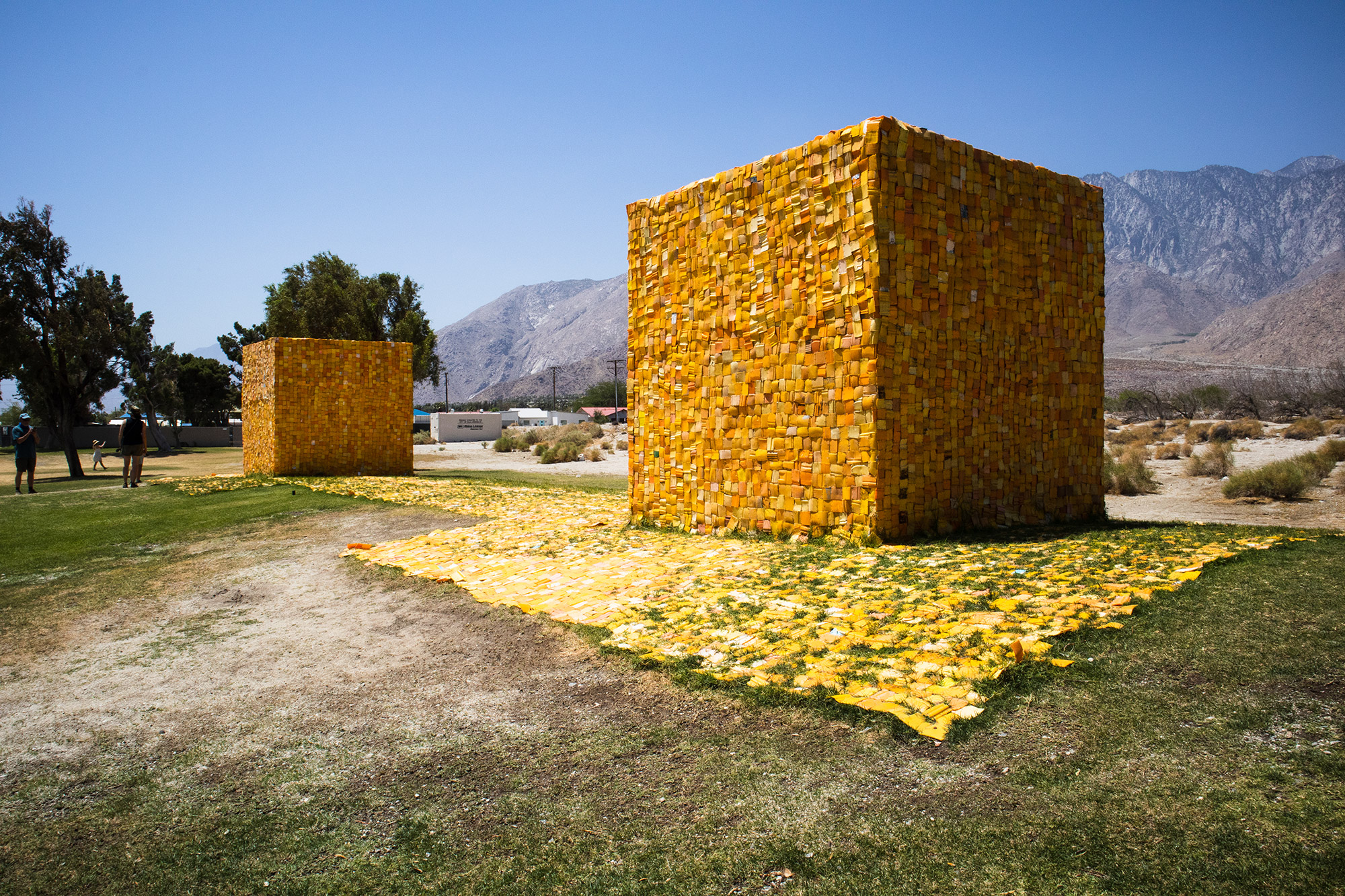 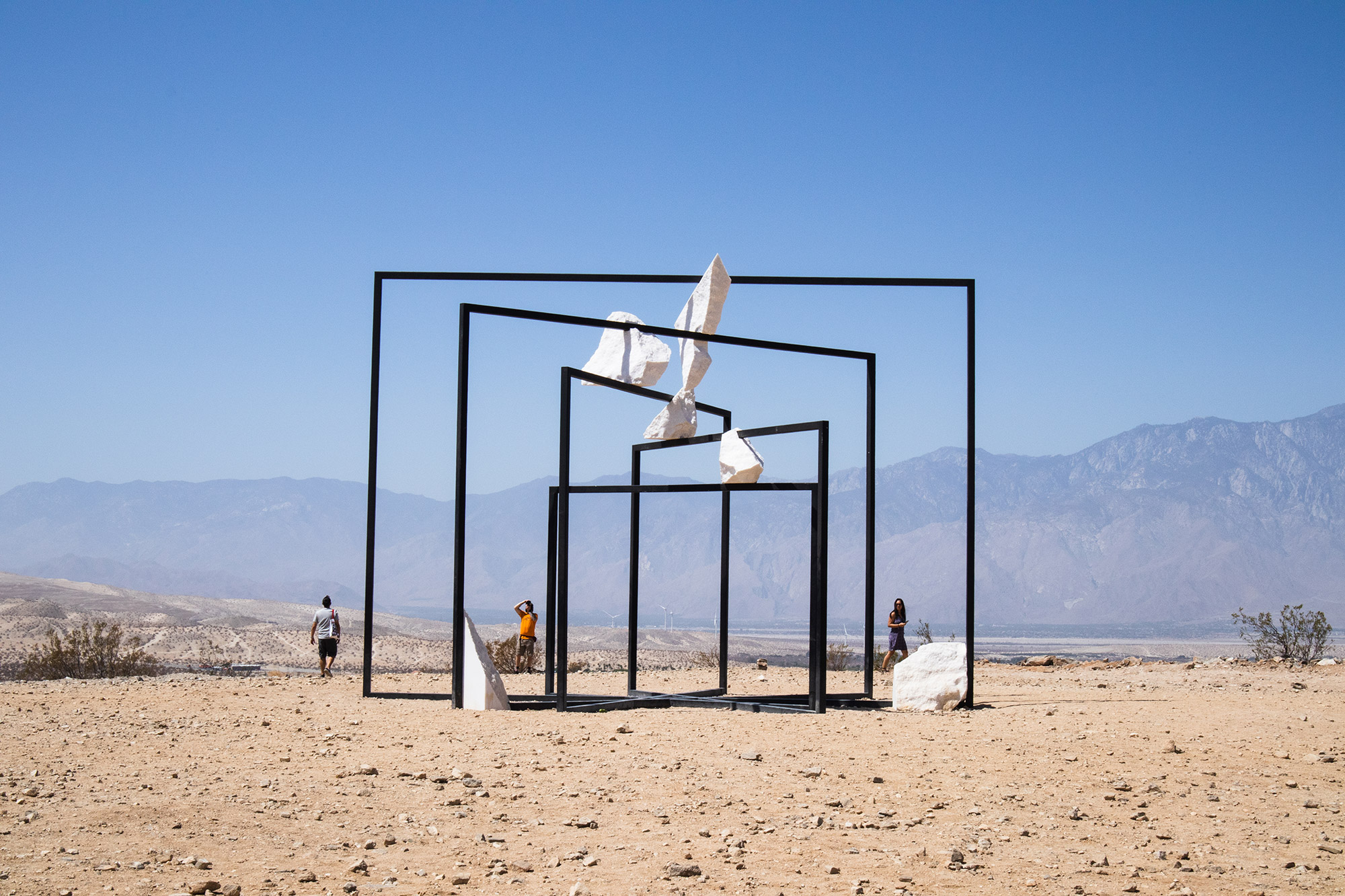 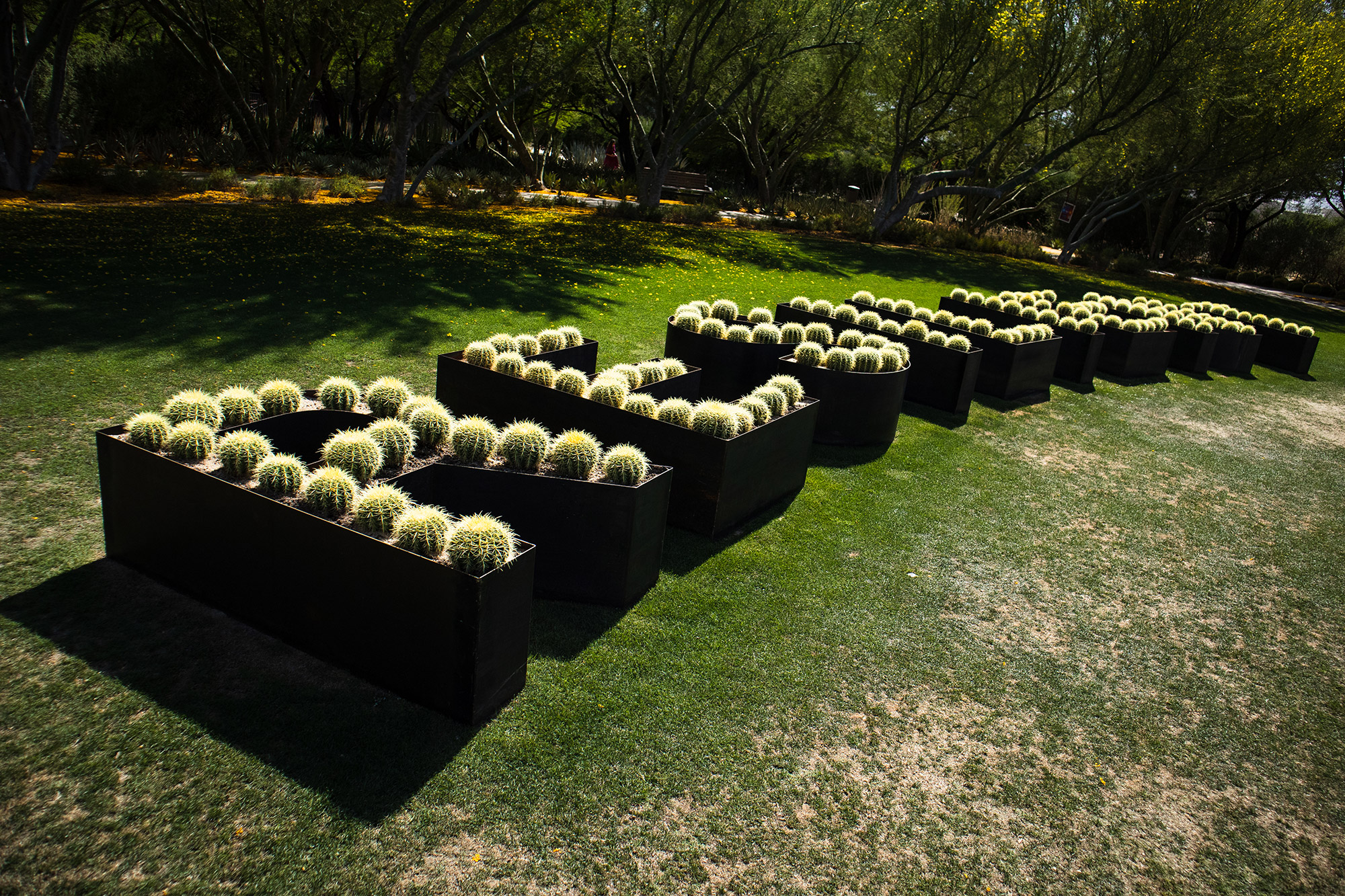 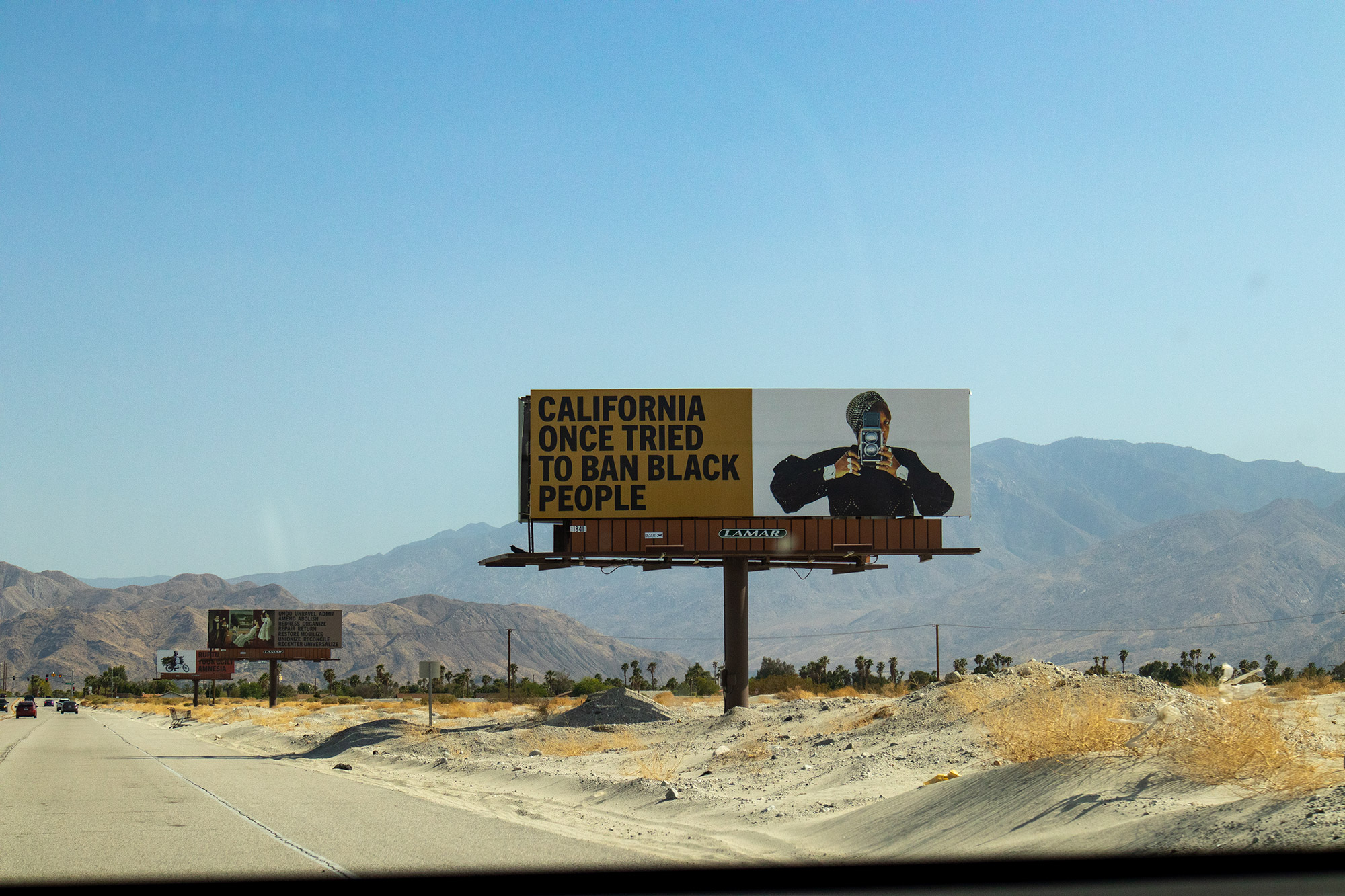 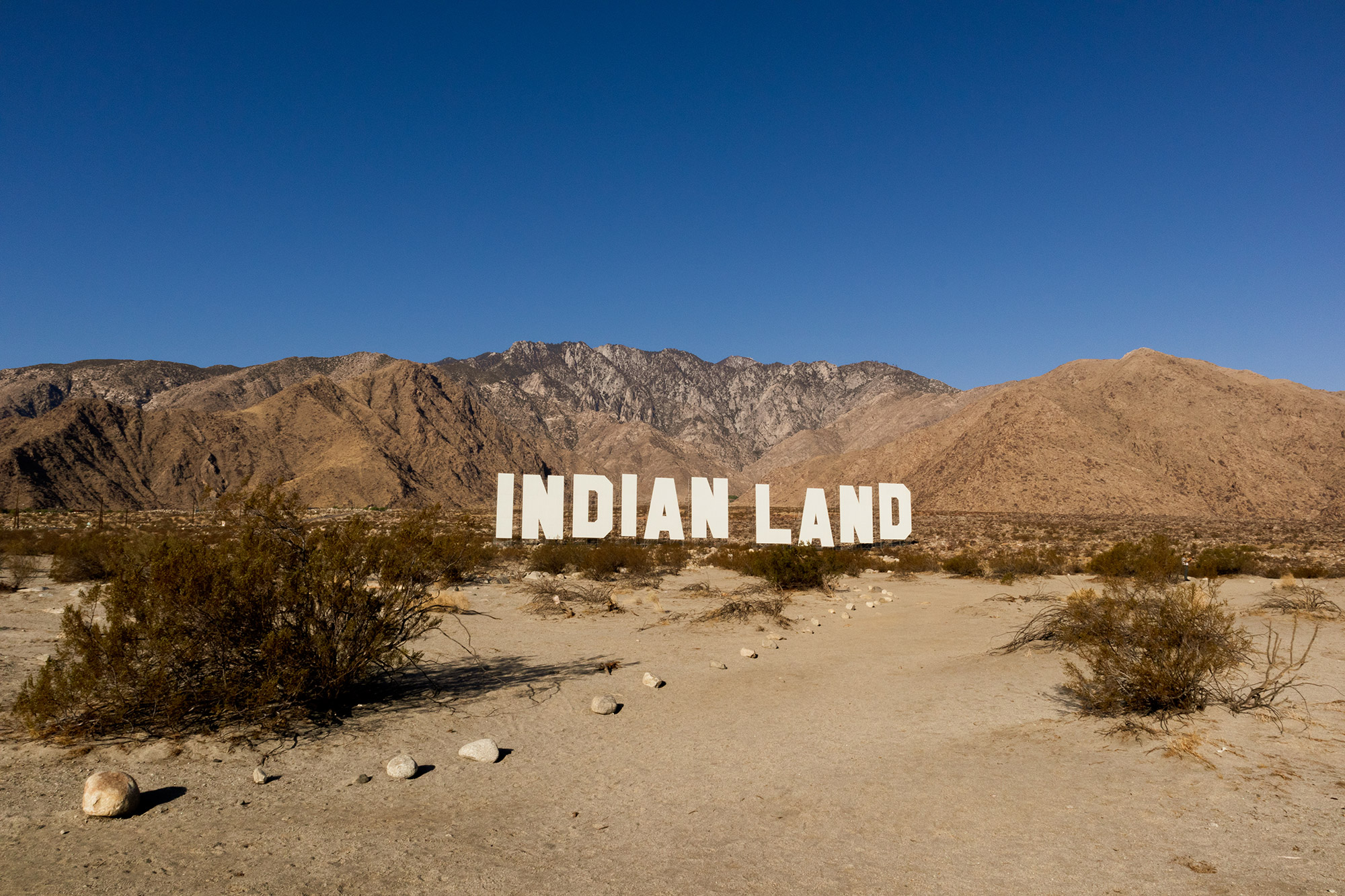 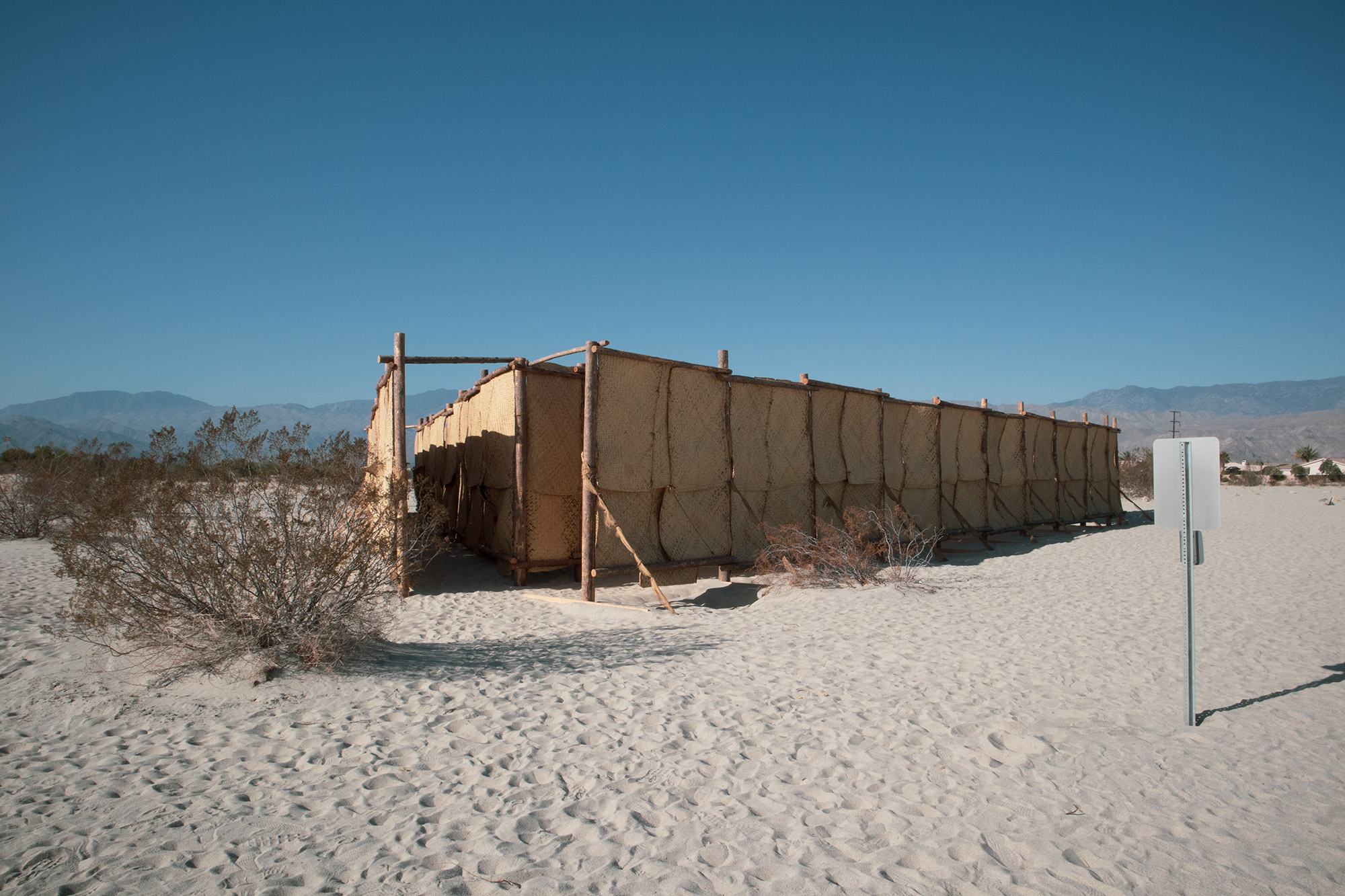 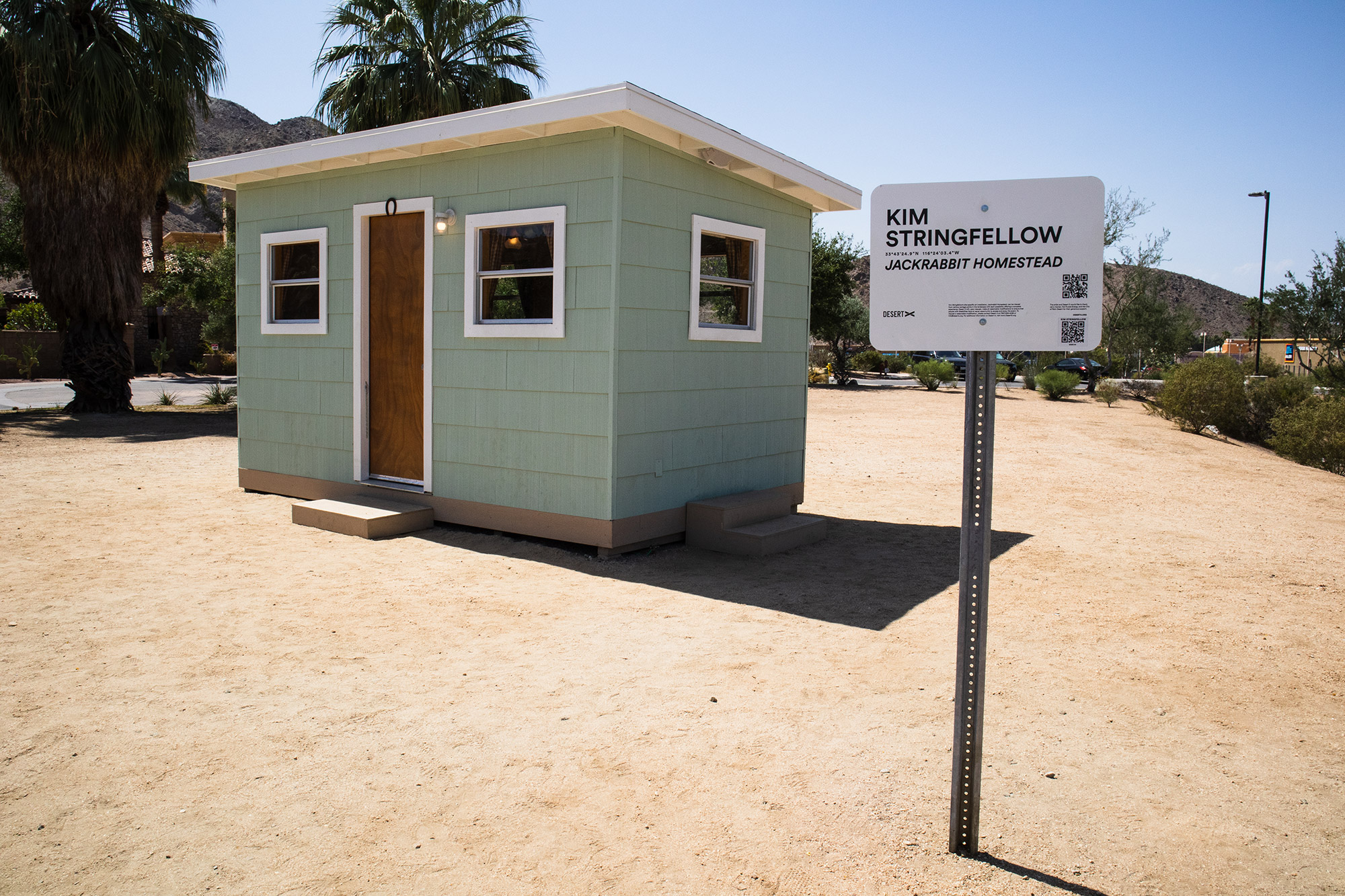 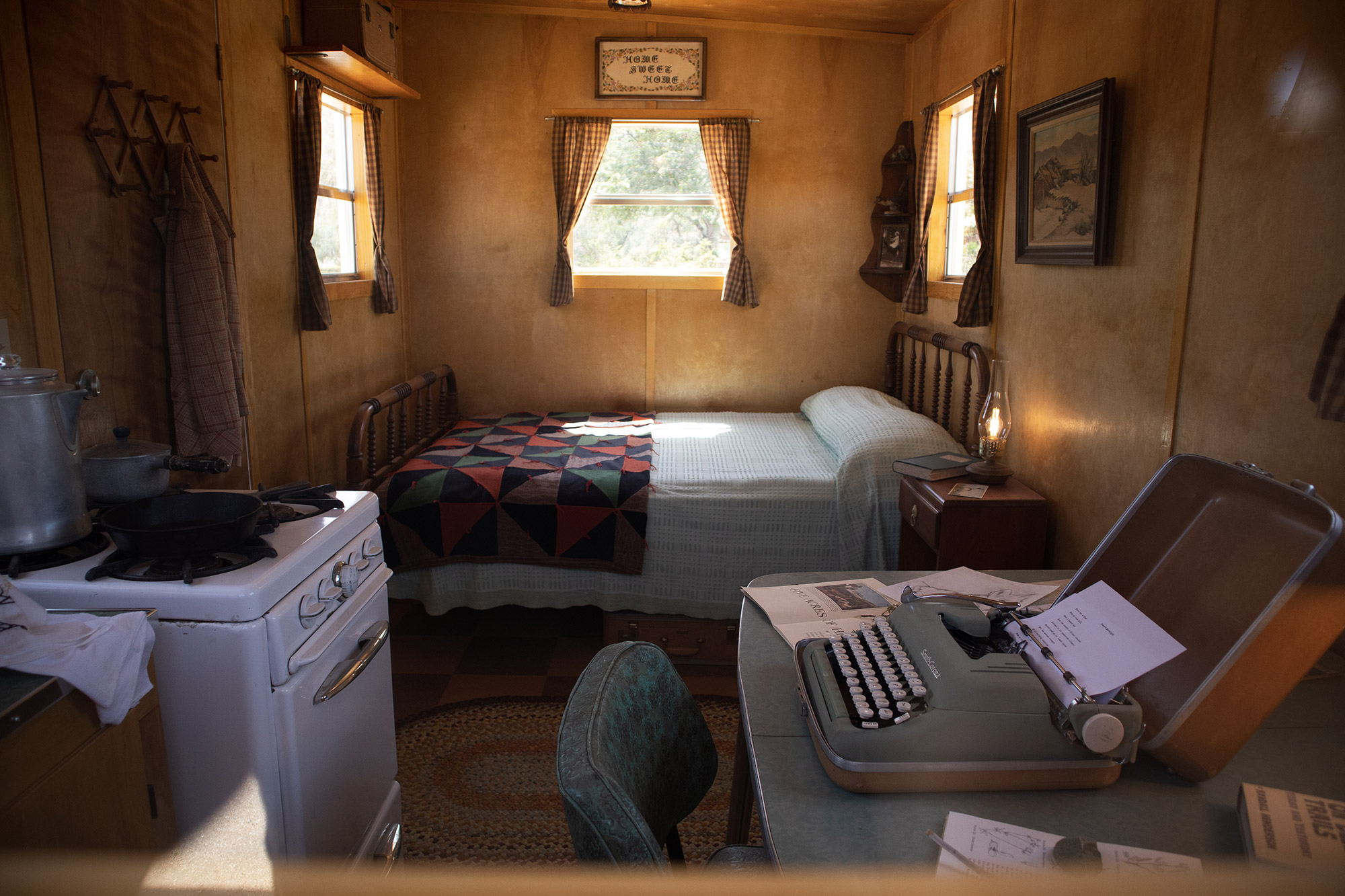