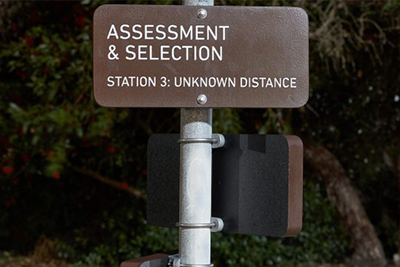 An abandoned Air Force Base, repurposed, reimagined and reoriented.

“An architecture that bleeds, that exhausts, that whirls and even breaks. Cavernous, fiery, smooth…brutal, alluring, repelling, wet, dry, throbbing. Cold – then cold as a block of ice. Hot – then hot as a blazing wing”

The Exhibition “Hot Flat” curated by Jeanne Dreskin & Santi Vernetti presents artists Michael Cataldi, Abigail Collins, Gelare Khoshgozaan, Fleurette West, and Richard Wheeler at the Angeles Gate Cultural Center takes as is jumping off point Himmelb(l)au’s architectural project called Hot Flat. The projects by Himmelb(l)au including Hot Flat seem to be calculated to extend past identification with specific body parts, but rather depend on our faculty of projecting onto objects states of mind and body. In an uncanny way his desire to merge the body completely with the design and its context echoes throughout the exhibition. (1) The artists in the exhibition much like Himmelb(l)au have taken an uncanny approach to the site specificity of the once Fort MacArthur.

As I began my walk through of the exhibition I first encountered a series of signs that emulated the esthetics of military signage. I almost looked pass them until the verbiage “Assessment & Selection Station 1: Do your best” caught my eye. The signs seemed to point to nowhere or at least an undisclosed location. It seemed to be pointing to a state of mind rather then physical place. The effectiveness of this intentional ambiguity left me projecting onto the object my own state of mind as it began to disorient me. I then continued to march on to the next instillation pondering the verbiage I had just encountered. As I walked though a dark pathway I was drawn in by a large projection screen playing what appeared to be capturing randomly directed navigations of the tunnel that lays just behind the screen. Only being allowed visual access to the tunnel behind the projection I am at the mercy of the machine. The machine becomes my body. Its uncertain movement and limited vision begin to resonate in my minds eye. I become the machine as the machine becomes me. It was a piece that was hard to break away from. Mesmerizing in its content and captivating in its presentation. As I snap back into my own body I am pulled by a warmly lit area in the distance. A visual break from the brisk cold air. As I waked closer a gridded composition of cement tiles reveals itself. A pattern of juxtaposition between tiles covered with black pigment and other with large lettering begin to resemble the look of a newspaper crossword puzzle creating its own linguistic architecture. The phrase “MIDDLE OF WHAT EAST OF WHERE” orients and disorients the viewer at the same time. Questions of orientation fly through my mind. Then there it was a light out of the corner of my eye. Something shimmering in the distance. An array of hope? Maybe certainty? I walked closer I saw what looked like a spatial divider, a privacy screen, maybe a window. An object with a surface and structure that walks the line between solidity and liquidity and poetic metaphor to the current state of mind and body that the exhibition has currently had me in. It was almost as if the instillation was me lit by an artificial light as to say this is you and you are me.

I continued toward the last instillation and unsettled is the word that came to mind. I turn and see a narrow tunnel leading to an unknown end. I entered the tunnel and walked slowly down its mild defending incline. As I got closer to the end a video projecting was playing. The video pulled everything together and a beautiful way to end the exhibition. This 3 chapter video pulled together the uncanny relationship Hollywoods illusionistic special effect techniques and those employed for producing realistic enactments of military combat scenarios to the artists father attempting to apply his acting strategies to a read-through of an official court martial transcript.

In the end the exhibition posed more questions then answers. Questions about states of body and mind in relationship to architectural, cultural and geopolitical spaces. An exhibition befitting for our current political and social landscape. 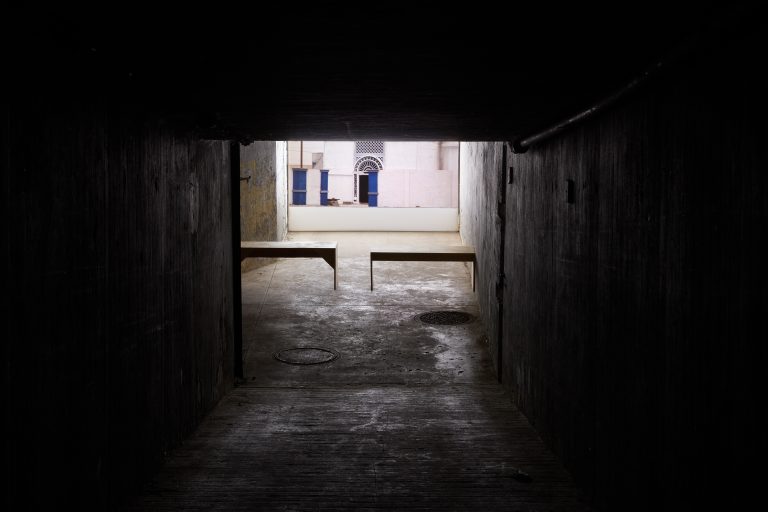 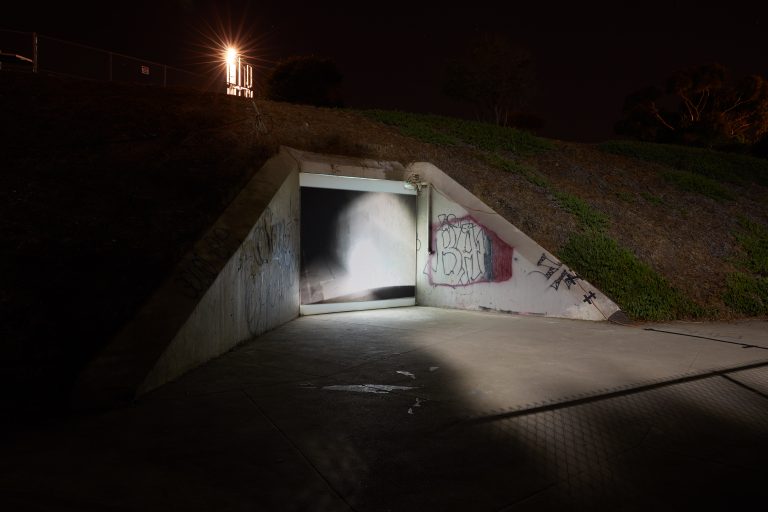 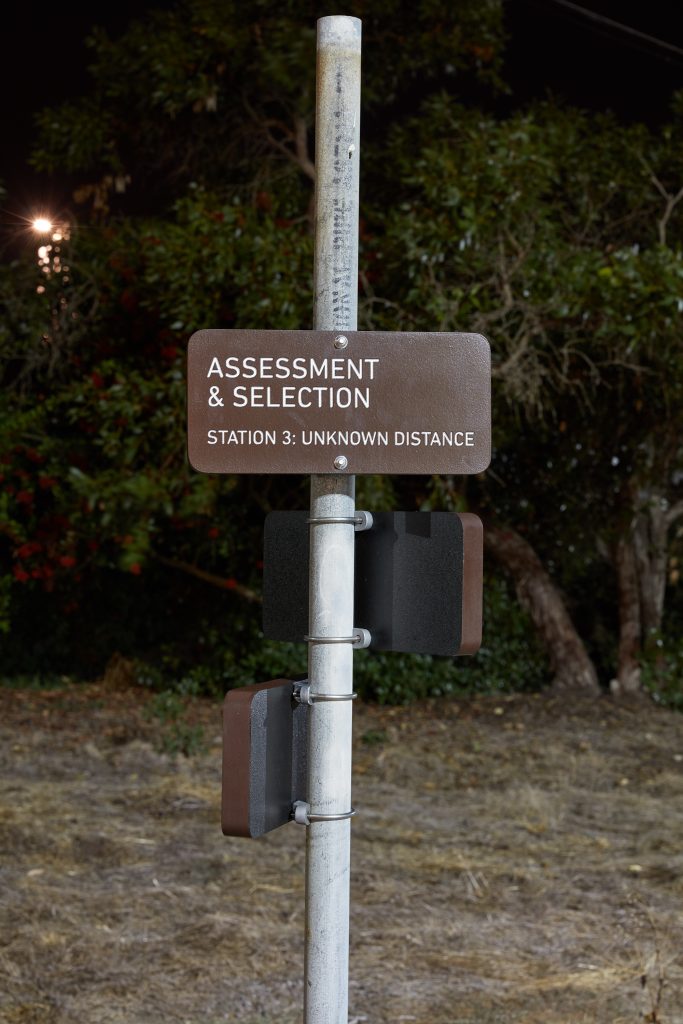 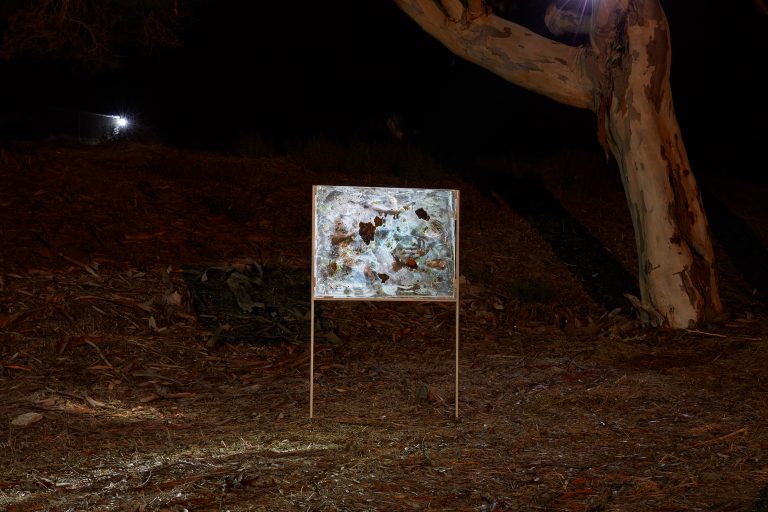 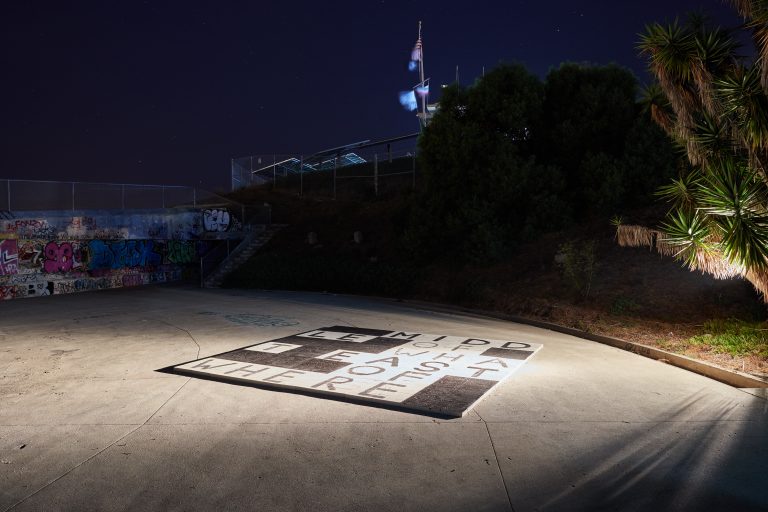