I recently got to attend the Made in L.A 2014 show and as to be expected it was a boiling pot of L.A. brewed and influenced artists. Upon entering the Hammer Museum it immediately felt like a giant Grad School exhibition L.A. being the institution. Rooms with large framed works formed tight grids while large scale work accupied the center of the rooms as well as scaled the walls of the exhibition space. A feeling of curious excitement enveloped you around every turn.

In comparison to the exhibitions predecessor Made in L.A. 2012 the 2014 rendition is much more sophisticated and academic in terms of curation. This biennial in contrast to the last, which was organized by a team of five curators working from within two institutions and presented at 3 distinct venues, is now centrally located taking over all of the exhibition space the Hammer Museum has to offer. Organized by only two curators Michael Ned Holte working as a free agent and the other the museums newly appointed chief curator Connie Butler. Together they took on the immense task of organizing this year’s biennial.

This biennial I feel did well in representing a sample of awareness and interest in the city’s artist-driven discourse. A recurring theme throughout the show, though the exhibition was not organized thematically, was the various communities, collectives, and informal social circles of artists in the city among them James Kidd Studio, KCHUNG, the Los Angeles Museum of Art and Public Fiction.

The artists in the show are definitely a wild bunch. One of my favorite in the biennial were the works by Gerard & Kelly Specifically “Kiss Solo, 2012” a four channel video and audio instillation. There work brought viewers in to not only experience the artwork but to become active participants in the piece. Here, as in other works, they refuse the idea of a unified, coherent identity, suggesting instead that gender and sexuality are always precarious and contingent and never as fixed as their representations. Danielle Dean engages us with “Training, 2014”. This work centered on the way that a toddler girl is taught to define and identify herself through commercial brands and labels. By examining images generated on these different cultural levels, she puts a sharp focus on the material value socially engendered in us all. Jennifer Moon welcomes you into a gallery within a gallery where she creates a space for a shifting of notions about society. Going along with the notions of society within the show artists like A.L. Steiner, Wu Tsang, and Mariah Garnett embrace you with (gender) political concepts. In terms of gender this show stands out in another way. This biennial exhibition features more art by women than by men. Given the repeated statistic that more women go to art school and become artists. Jibade-Khalil Huffman’s poetic projection “The Parts of Speech, 2014” tells a bold story within the story of Made in L.A. The show also contained more traditional works from artists Sarah Rara, Gabriel Kuri, Macia Hafif, and Max Maslansky to name a few.

A question that I could not help to ask while walking through the Walls of the Hammer Museum was what does it mean to be “made in L.A”? A question I’m sure that has as many answers as it does objections. As I concluded my visit I began to see that the show was put together with a lot of care paying close attention to capturing a moment in L.A.’s artistic discourse – a pulse of the city perhaps and less about being “made in L.A.” I believe we are in a time of change, a turning point if you will, in the art world. This show is a step in that direction, welcoming viewers of all kinds to engage and participate in the artistic loop. The viewer is invited to experience and participate in what is the L.A. art scene. 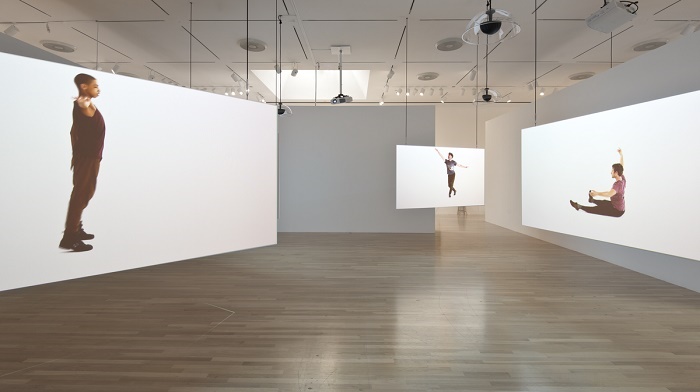 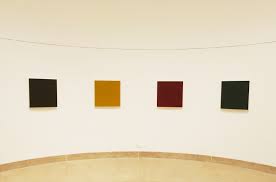 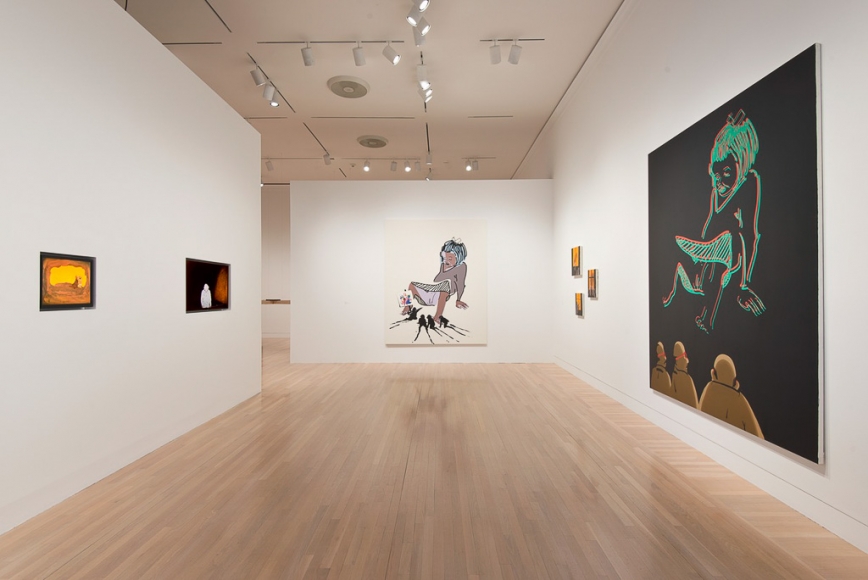 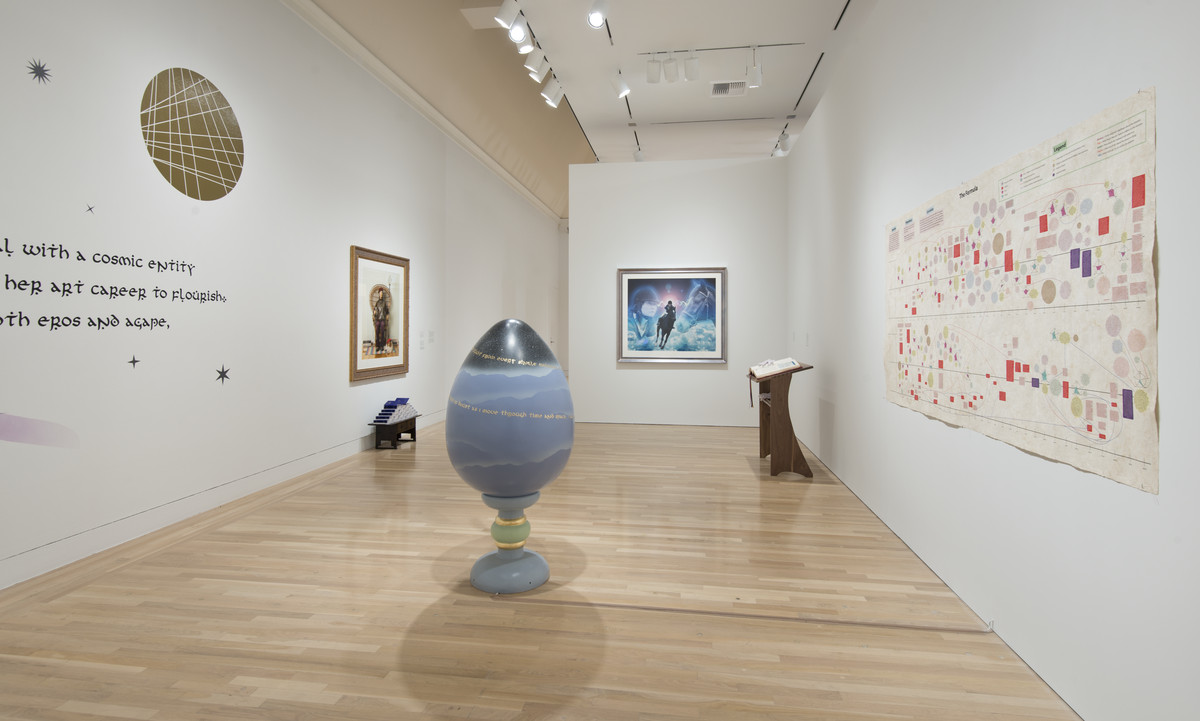 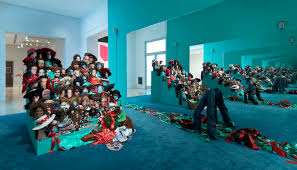 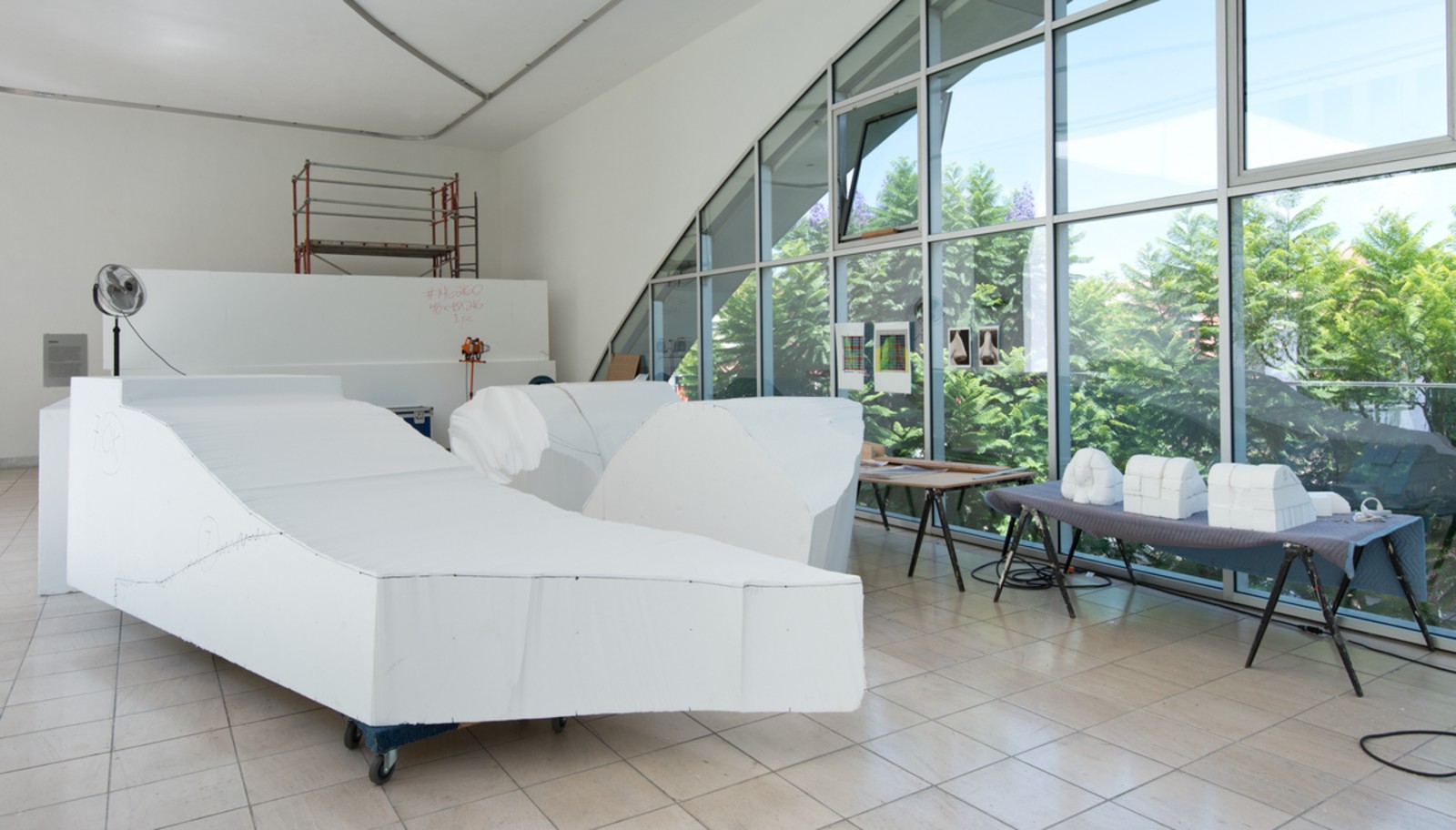 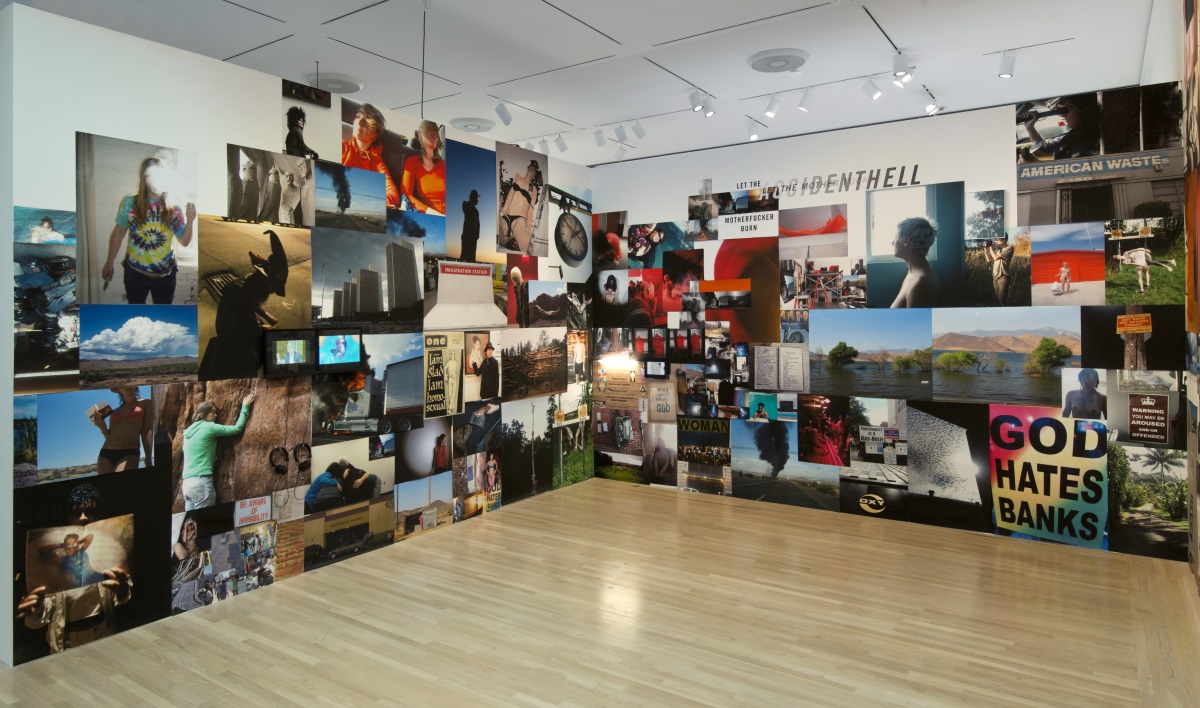