Two artists on view now at Hauser & Wirth Los Angeles are Larry Bell (“Complete Cubes”) and Mary Heilmann (“Memory Remix”). Two artists that are, as Randy Kennedy Says, “deeply, organically, California brewed.” It’s hard to say exactly what that means, but it’s easy to see it in the work. This California ethos may include everything from surf culture, social awareness, jazz, minimalism, the light + space movement, and heavy industry. IT might be described as being carefree without being careless. With Larry Bell’s cubes, some look like high art, others high end retail displays, and some like baubles waiting to collect dust on a flea market table. Then, maybe that’s essential to the post-war California aesthetic.

Mary Heilmann shares some of the same geometric vocabulary with Bell, but her expression of it is more organic (she might say “poetic”). Whereas Bell’s cubes, as containers that don’t open, are the epitome of a useless object, Heilmann’s cubes are brightly colored chairs. Brightly colored paintings reference geometry in their line work, but sprawl across conjoined canvasses. And where Bell’s cubes are exclusively formal in their interest, for Heilmann the form is a way to get at something personal, cultural, or geographical. The titles of her works reference places (*Chinatown; La Cienega*), musicians (*Lionel Hampton; Piano)*, architects, (the *Rietveld Remix* series). She has made art near the ocean most of her life, and the work reflects this – each piece carries the imprint of the artist’s hand – one can see the improvisation and the spontaneity at work. Bell, working with fragile materials, in a very controlled environment, pays attention to materials in a very different way. While it’s hard to imagine spontaneity at work in the creation of the cubes, the trifold ways in which glass interacts with light (absorbing, reflecting, and transmitting) create spontaneous visions fo the viewer in walking around the cubes.

What the artists share is a sense of commitment to, and an effort to maximize, a limited visual vocabulary. That’s what makes the shows fun to walk between – they’re two sides of the same square.

Also on view is a collection of rarely and never before exhibited Jack Whitten abstracts (“Self Portrait With Satellites”). This show feels especially timely following his death this year, and allusions to him in the Bradford show preceding (*Moody Blues For Jack Whitten*).

Hauser & Wirth has 5 shows up. This gallery/museum hybrid model works well, and there’s a lot to see. The exhibitions mentioned here are up through 23 September. 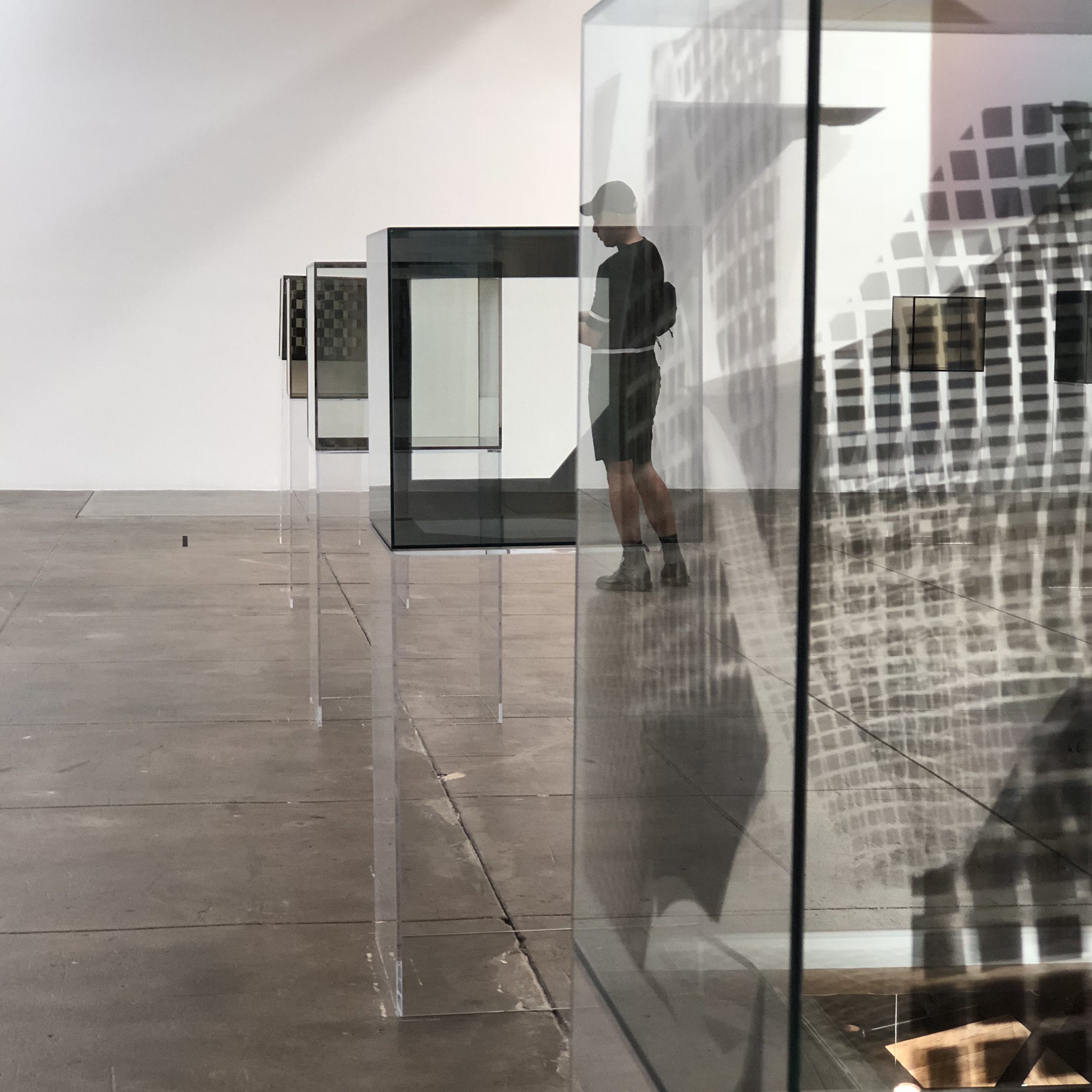 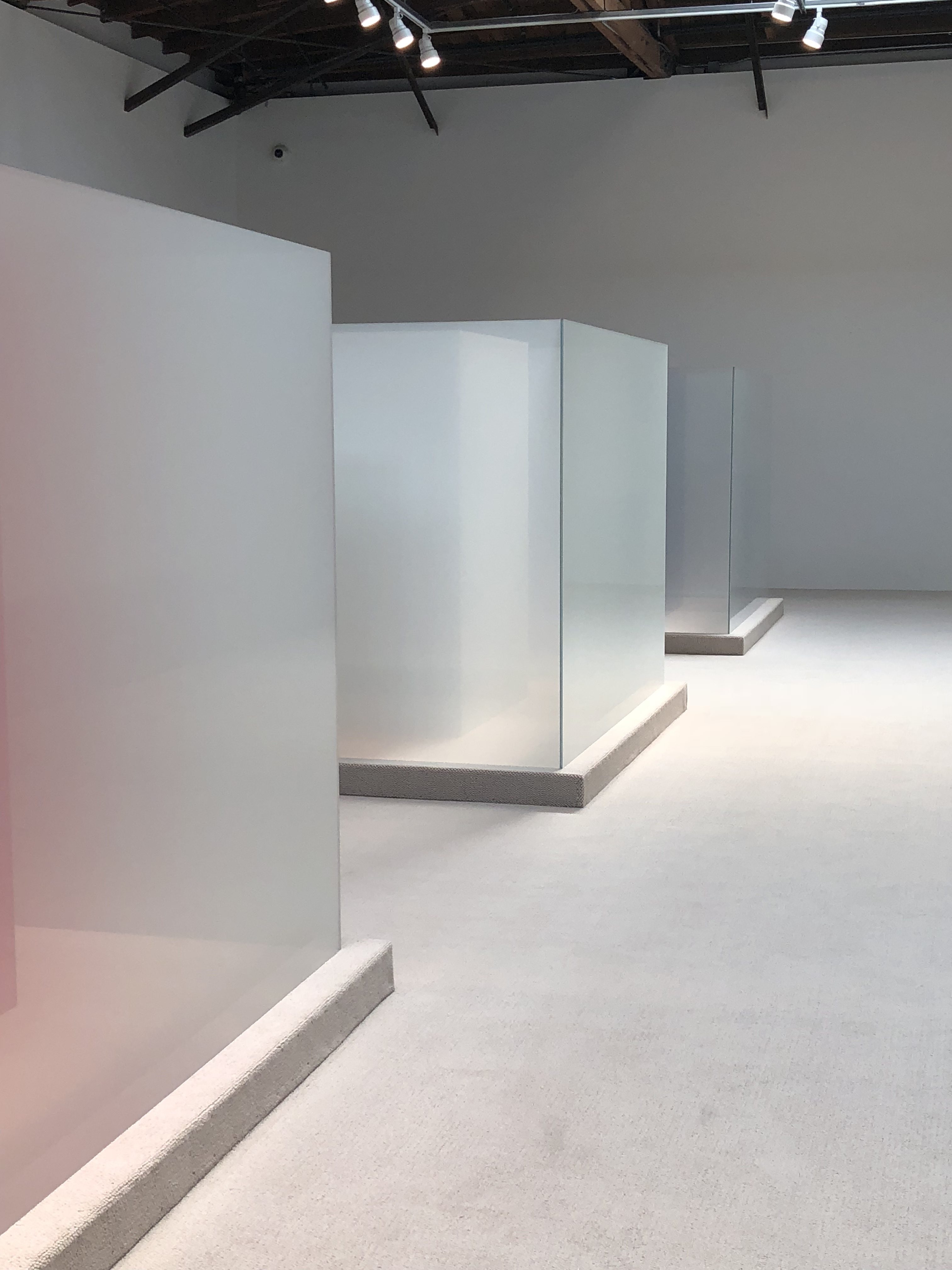 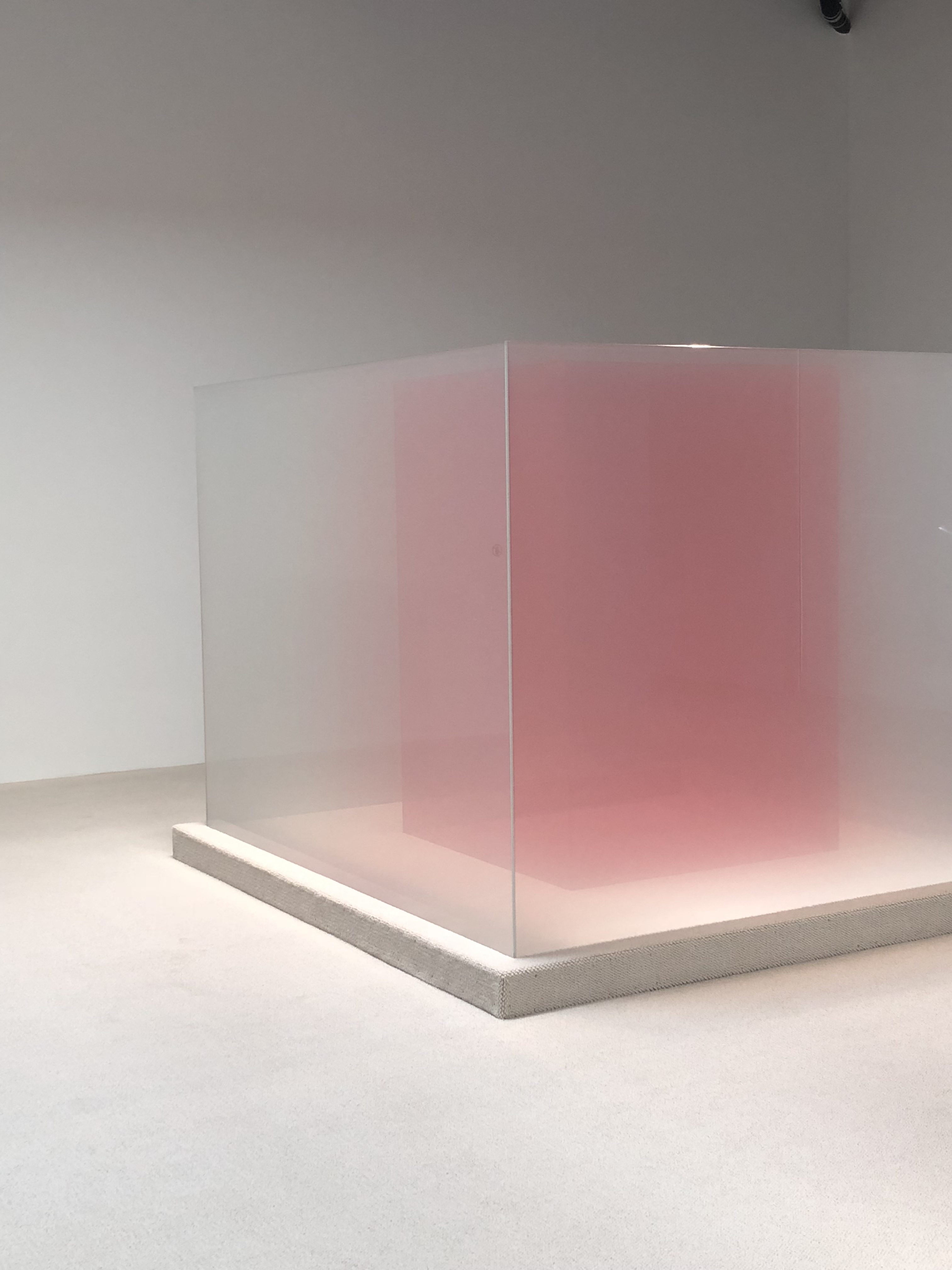 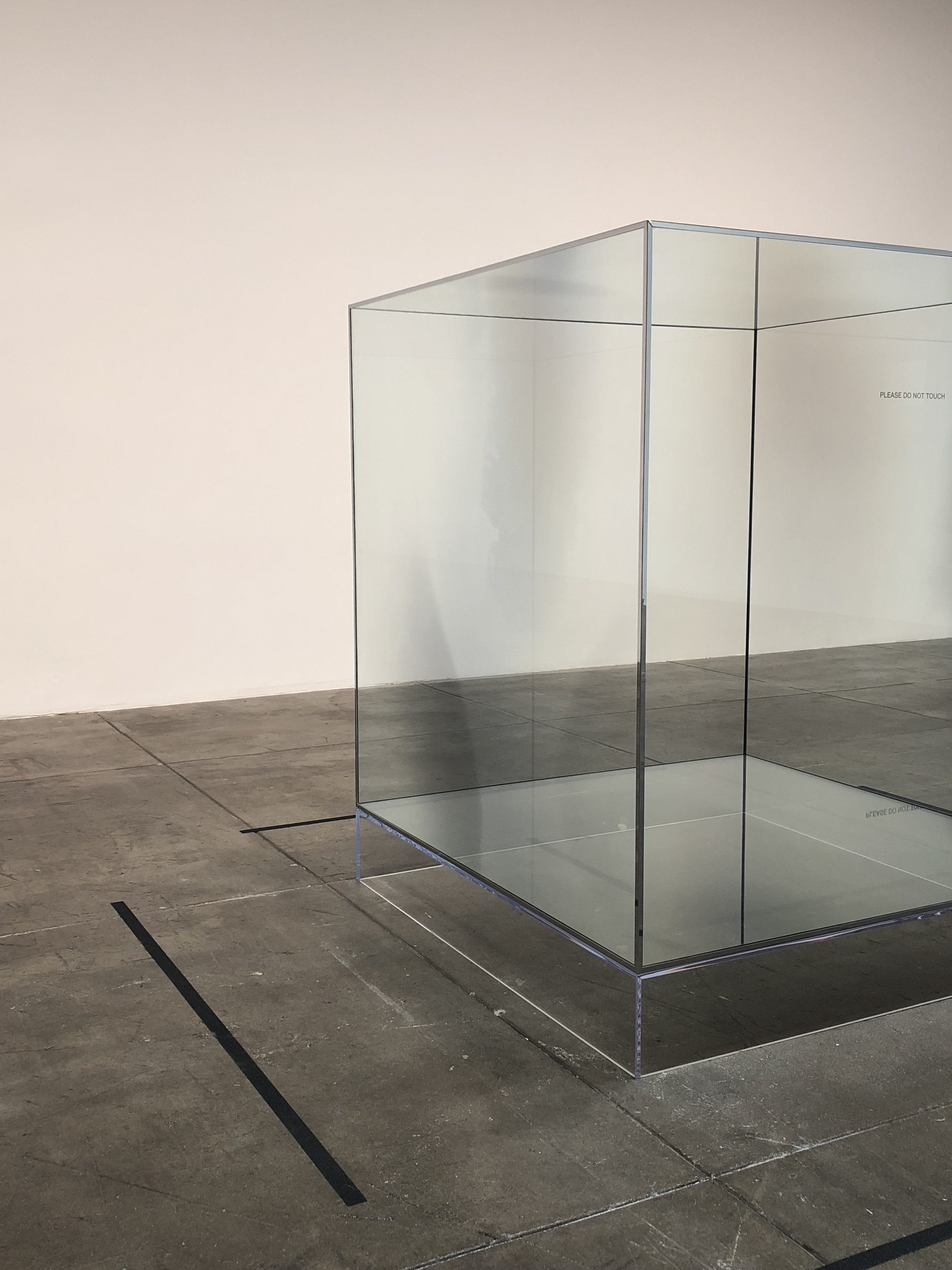 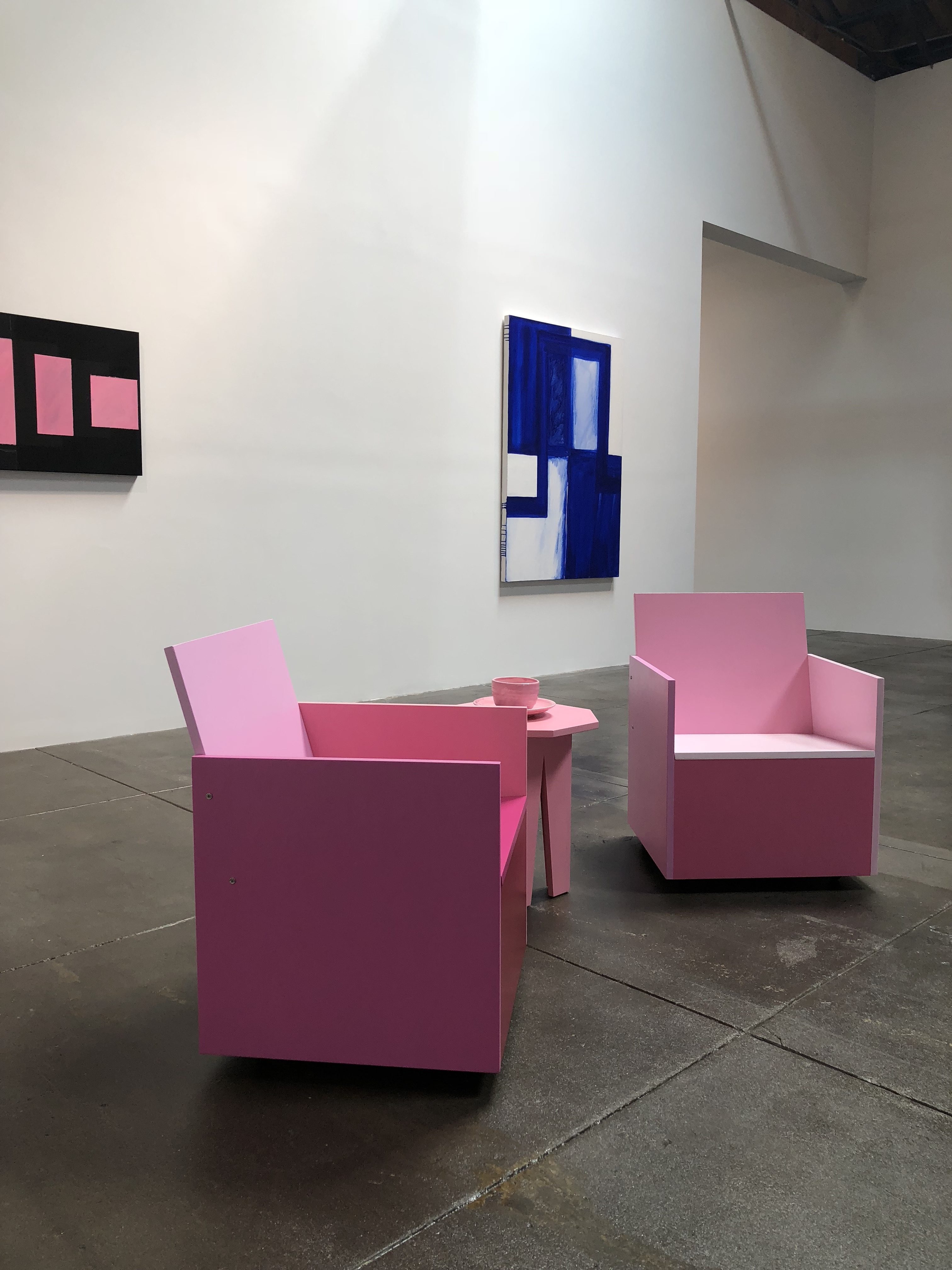 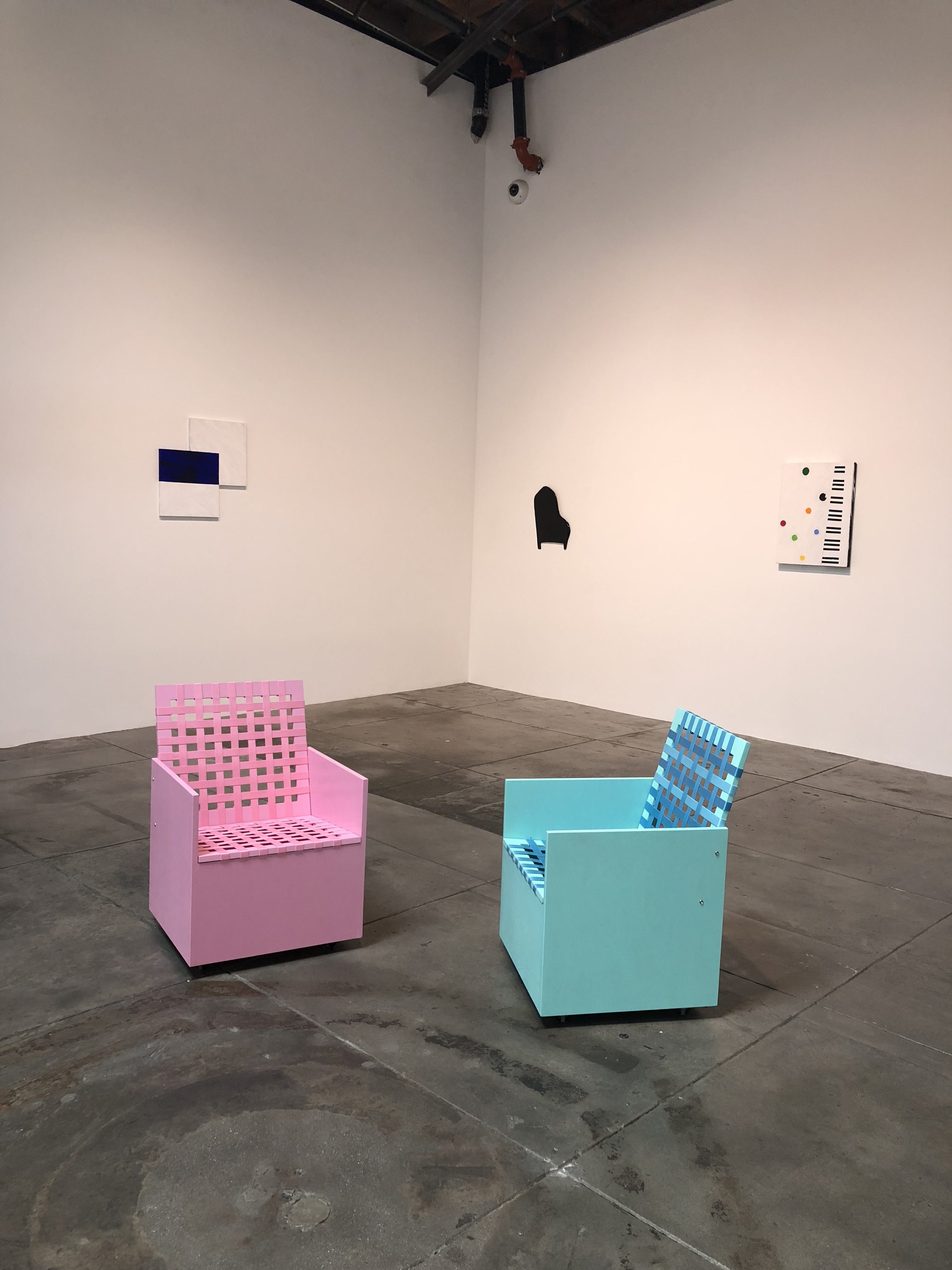 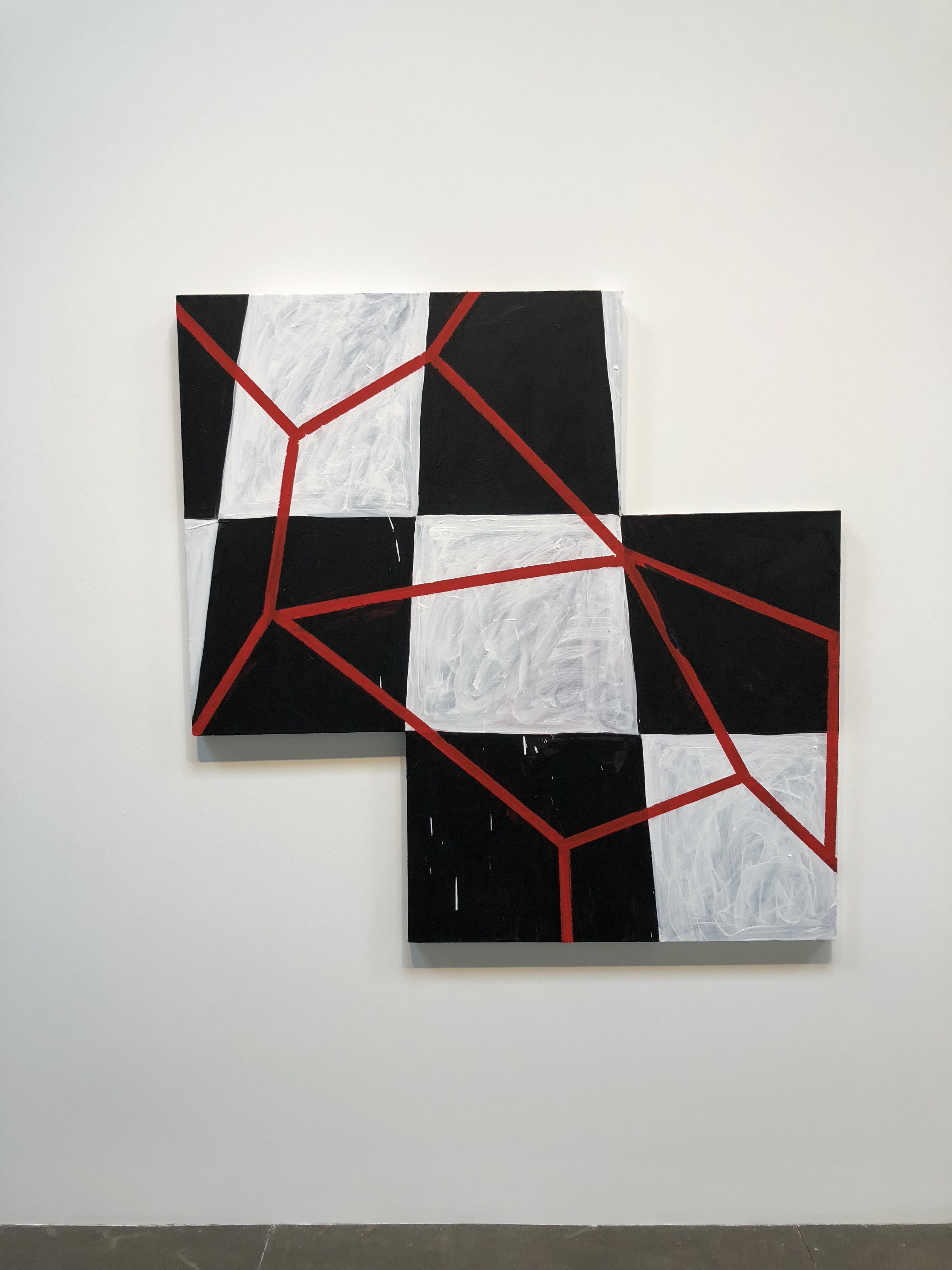 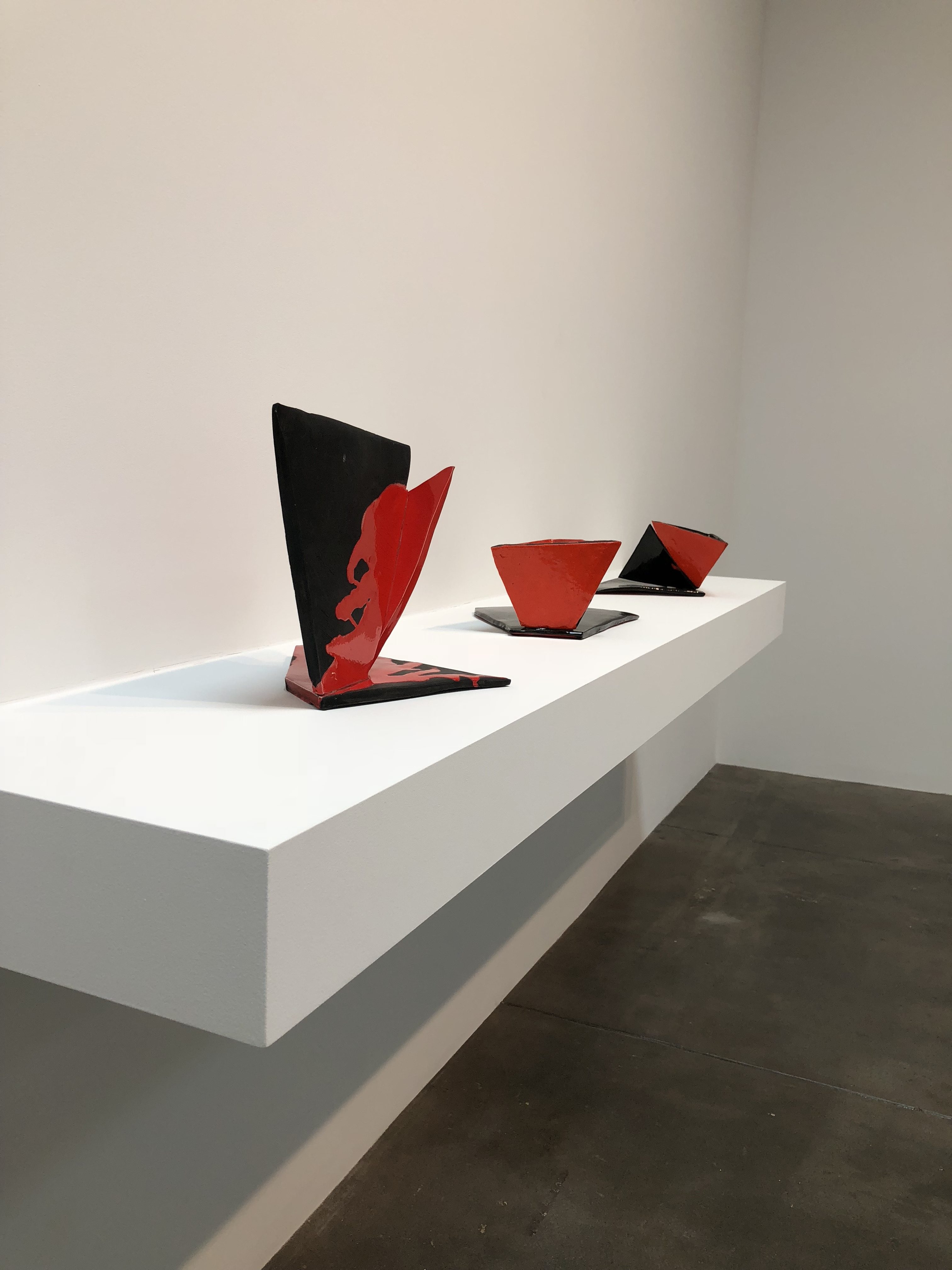